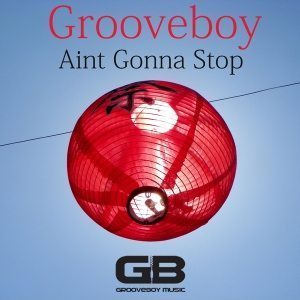 It’s back to the future for the next Grooveboy music release with a 2013 re- rub and remix of a track previously released on Oscar P’s Open Bar Music. Grooveboy Ain’t Gonna Stop features a beefed up version of the original and a Deep Tribal  remix both of which will put the longing on you for some summertime beach bar action.

The original mix is a soul drenched Deep House groover that is positively overflowing with good time summer vibes
Warm deep filtered pads set the tone while conga led percussion and a funky baseline pushes the groove to the limit.

The 2013 remix take things in a much deeper direction and the same time gives a different perspective to Antoinette’s heart wrenching vocals . The track is based around deep tribal beats lush pads and some funky keyboard riffs.